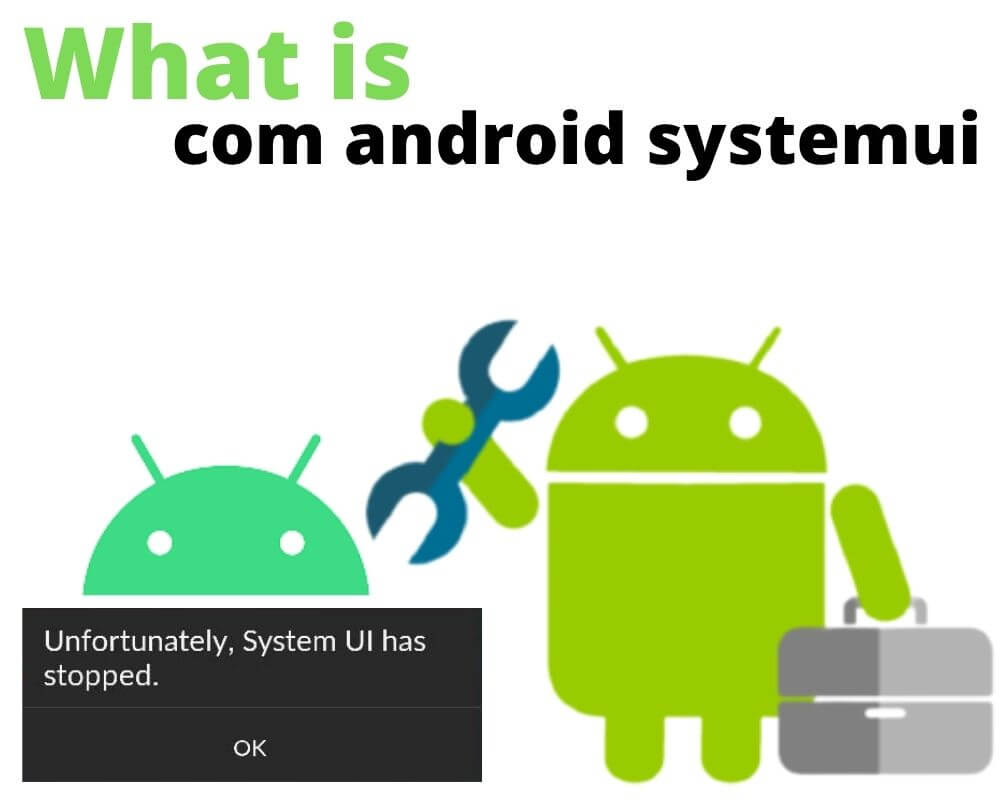 While using your phone, you might have seen a pop-up such as unfortunately com.android.systemui has stopped. and you were likely left wondering what the system UI android app means.

Don’t worry; you are not alone in this, and many other people really wonder what this cryptic name is. Out of ignorance, some android device users have even clowned system ui a virus that interferes with the smartphone operation, yet it is such a sweet provision.

Therefore, this article aims to explain what com android systemui app means and how to disable it on your device. Stay tuned for this.

Com.android.systemui Is the system user interface on android phones including Samsung that allows users to manage other features.

The com android systemui is one of the latest provisions of Android, which is why many people still don’t understand what it is. Besides, it can be described as an app that helps a user customize his screen display to whatever he wants, independent of any other app such as the ant radio service app.

It’s basically anything you can spot on your Android phone that is not an application. Courtesy of the systemui app, you can now execute many commands with an Android. Some of which you could not do before the introduction of this new user interface.

How does the android system UI work?

Many people have used com.android.systemui attest that it is an excellent provision, and thank Android for this latest development. Interestingly, it is made out of the basic requirements of Google.

Yet its capabilities are way too complex and perform a range of commands that were not possible before. Working with it is as simple as accessing it through your device’s setting menu to activate it.

Followed by whichever command you want to run. For example, adjusting the menu or status bar or dragging an app and making it appear on the home screen.

If you have ever turned off icons on or off or switched on the dark or light modes without having to go through the Settings app. You did so courtesy of com android systemui.

In fact, you can customize the system user interface as much as you want for it to execute even more commands as a shortcut. It is typically hidden behind other apps.

But when you know the tuner and how to operate it. You will realize that you have just another miracle right in your phone.

What are the advantages of having the com.android.systemui?

Com android systemui is not just a problem in Android devices. But this new version of the user interface has many advantages linked to it. For instance, before its discovery. You would never successfully modify your device’s display as you wish, but this is quite possible today.

The other primary line of appreciation is linked to the fact that the system user interface helps application developers determine if an app being developed will really work well with the intended operating system.

To do this, the proposed app is typically tested using the system UI frameworks and MDE service. and if they happen to be compatible. The developers conclude that when merged with the right operating system, it will work.

Com.android.systemui Android app is a frameworks that help determine an application practicality and propriety before launching it and assist it for download.

Is System UI a spy app?

From time to time, while using your Android device. You might notice an error message displayed on the screen like unfortunately com android systemui has stopped or system UI isn’t responding.

The error can last even for an hour. and if you don’t know how to troubleshoot the Android phone. You can get really worried, especially because you cannot do a thing using the device.

For this, and because of ignorance at large. Many people have misunderstood the system UI user interface app. With some claiming that it is a spy app or virus created to harm your phone?

Well, is that true?

Thankfully, com.android.systemui is not a spy application or virus-like omacp, meaning that it is not a malicious application designed to harm your Android phone.

Being that it can work with many apps to execute commands without them, it has great access to the device.

Still, it does not listen or spy on your phone’s activities to share information across apps or to third parties.

This can give you relief, especially because cybercrime cases have been on the rise lately, and some criminals go as far as stealing people’s sensitive information and using them as incriminating evidence.

How can I customize the android systemUI?

Although some people already know what com android systemui is and how important it is to an android phone, few know a thing about how to customize it.

Well, while it is true that you don’t necessarily have to customize the system user interface, doing so guarantees you lots of benefits, including reduced bugs and a better user experience.

Courtesy of it, you can override files using the overlay feature, technically helping you modify a file without interfering with its source code, which was impossible many years leading to this.

Tips: you can customize com.android.systemui by modifying the lock screen, user switcher, and first-time setup.

For instance, the lock screen can be customized by OEM, the user switcher by Quick Settings, and first-time setup by API.

As mentioned in the previous paragraph, you need not customize your system UI; however, you can opt for customization to better your user experience.

Remember, the better the user experience, the more satisfied you will become using the app to perform hidden functionalities.

What are some components of using the com.android.systemui?

The system UI enables several graphical capabilities, hence the many components of com.android.systemui, including;

How to disable com.android.systemui app?

Cache file corruption often happens in the background, which is why from time to time, you might get notified that com.android.systemui has stopped.

The error can last long, and even for one hour, you may not be able to use your phone.

Consequently, many people find this so off-putting and even prefer disabling the app. Have you ever felt like disabling com.android.systemui app? Here is the simple procedure to follow;

Com.android.systemui is permanently removed from Settings.

Com.android.systemui is defined as the user interface on the latest Android devices, especially the Marshmellow versions. Before its inclusion, most smartphones had the system UI Tuner as part of the apps. But currently, it is hidden behind other apps.

You can enable it through the Settings menu and use it to perform multiple functionalities, including modifying the screen display and customizing the user switcher, first-time setup, and lock screen. If you want to disable the com android system UI, check the three-dot menu on the window, type ‘Remove,’ and confirm the action by clicking ‘Remove.’