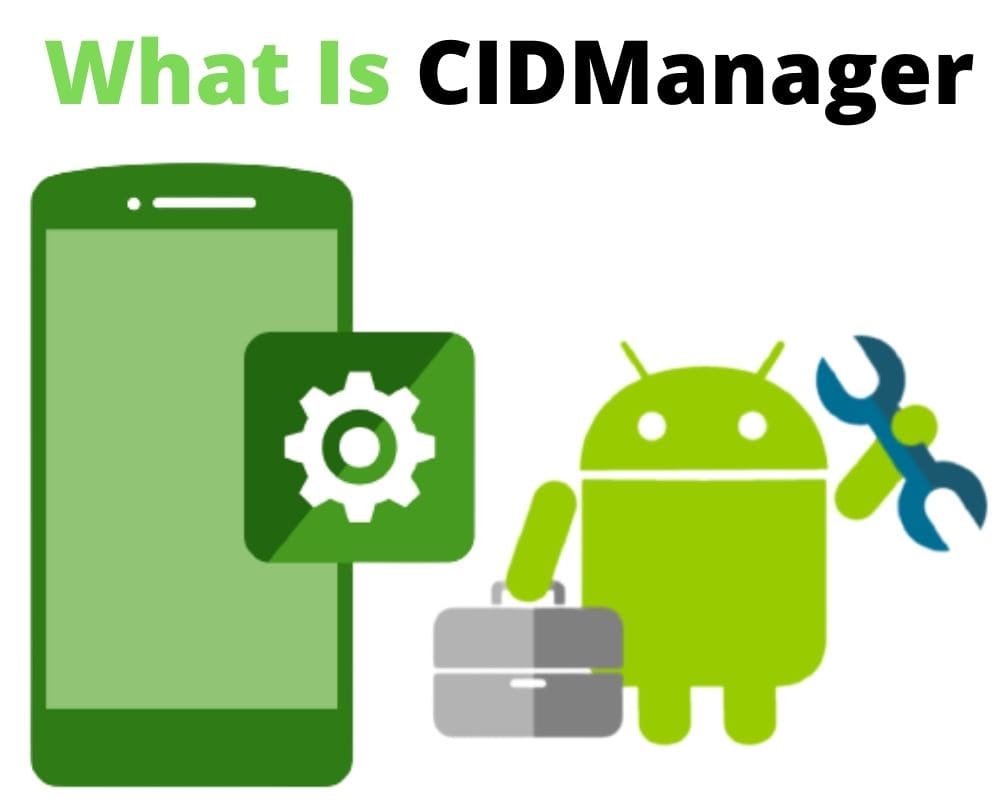 If you have a Samsung device, you likely have received the ‘New Service Provider’ notification. Also, you wondered a couple of times what the message means. The notification is brought to you by the CIDManager, a built-in Android app such as Rootpa on Samsung devices.

While many people and forums believe that the Cid manager app holds the network carrier number for your device. The app’s roles extend far and beyond, and knowing them might deepen your appreciation of the app. In addition, you also need to know how to go about the notification message that pops up, what causes it, and what it means. This article will help you understands how to stop the CIDManager app and whether the app is some form of malware or spyware.

What Is The CIDManager Android App?

Before getting into detail about the role of the CIDManager Android app, we first need to understand what it is. The CIDManager is a preinstalled Android app that comes built-in with Samsung devices. It enables the phone to match the devices’ network providers with their countries of origin to allow the device to get updates.

This kind of update is critical since they are firmware-related and the device would never function well without them. In addition, they are country-specific, hence the need to match codes to access them.

How Does The CIDManager Work?

The mechanism of CIDManager working is somehow complex. Every device has its country of design or the Original Design Manufacturing (ODM) country. It depends on the country in which it is used, it will have a specific carrier network or the service provider.

There are specific codes that link the service provider and the ODM country to get firmware updates. The codes are simply referred to as Country Specific Code (CSC).

The CIDManager Android app has the service provider’s number and acts as a bridge between the carrier network and the ODM country to detect and access country-specific firmware updates.

Every Android app has a unique identification extension for its entry and marketing in Play Store or Apple Store. The same extension is critical when downloading the app.

Although built-in apps are not typically available in stores and are installed in a device by the programmers. Also, they have their unique identification extension, which is especially used to identify the app amidst other apps.

The CIDManager Android app also has its identification extension, the com.android.cidmanager.

How Can I Know That My Device Has The CID Manager App?

The previous paragraphs have expounded on what the CIDManager app is, and you might be wondering whether your device has it. Of course, if you have a Samsung device, you definitely have the app even though you might not be able to see it.

Other devices by different companies also have an app that links their carrier networks to the country of origin, only that different names are used to refer to them.

If you doubt whether you have the CID Manager app and would like to be sure about things. Check your phone’s Activity Log and you will see that the CIDManager is one of the background apps your phone has.

What Permissions Does The CIDManager Need To Work?

Unlike other apps that require multiple permissions to operate, the CIDManager is somewhat simplified. It only requires one permission, i.e., the Phone permission to function. By enabling access to the phone. The Cid manager can fetch every single piece of information about the phone that it needs to function.

Is The CIDManager A Safe Android app?

We love the technological advancements that make work easy for us. It allows us to communicate with our loved ones in real-time. Sadly, the negative side of the advancements is that they have led to a lot of compromise in data security. Every person is concerned about personal information being taken without his consent.

Consequently, people even fear new apps and doubt some of the most helpful system apps on their devices, including the com tmobile pr adapt, and mobile services manager. For example, some people have claimed that the app is spyware and that it eavesdrops on the phone’s activities.

The good news is that while the app has access to your phone and network provider. It does not spy on your activities.

Furthermore, some people have claimed that the app is a program the device does not need and unnecessarily takes the device’s resources. Admittedly, the CIDManager takes up space and memory in Samsung devices.

The CID Manager app is critical to the phone’s functionality and allows it to have country-specific firmware updates, which would never be possible without it.

Additionally, the claims that the Cid manager is a virus are also invalid because it is covered by Play Protect policies. Therefore, you can rest assured that the app will not disrupt your device. Also, it will not corrupt personal data since it is safe.

Are There Any Disadvantages of Having The App On Your Device?

The CIDManager is undoubtedly a critical app that’s essential for your device and firmware updates. Still, there are disadvantages linked to its presence in any device. The most common one is the ‘New Service Provider’ notification issue.

The message notifies you of new provider settings you need to allow your device to access and upon further probing. It calls for a factory reset which, does not solve the problem and the loop continues. This can be annoying, especially because it does not allow you to do anything on the device.

Sadly, what prompts the new service provider notification remains unknown. However, chances are that the device does not support its Open Market Customization (OMC) features such that when the CIDManager Android app tries to match the ODM and CSC codes, an obstacle arises and triggers a back-and-forth prob, hence the loop.

The most ideal method to solve the problem is to force stop the CIDManager app, and the next section discusses how to go about this.

How Can You Stop The CIDManager App?

The new service provider is annoying and denies you the joy of using your Samsung device that you really cherish. The most ideal thing to do is to force stop the app and discontinue the loop. The process is not complicated, and all the user need to do is to follow the instructions below:

Other options include disabling the app using Root Explorer or Package Disabler Pro, Flash Stocking ROM, or uninstalling it using ADB installation or Titanium Backup. However, clearing cache is the easiest way to fix CIDManager issues and other applications like com.sec.android.daemonapp or com android incallui without losing important data.

The CIDManager is a built-in up that comes preinstalled in Samsung devices. helps the detect and get country-specific firmware updates. The app is safe despite claims that it is a virus, spyware, or malware like OMACP. However, it can be annoying when the ‘New Service Provider’ error appears and creates an unnecessary loop. The most ideal way to solve the problem is by force-stopping the app. Accessing it through Settings and clearing its cache. You could also disable the app or uninstall it using ADB uninstallation or Titanium Backup.