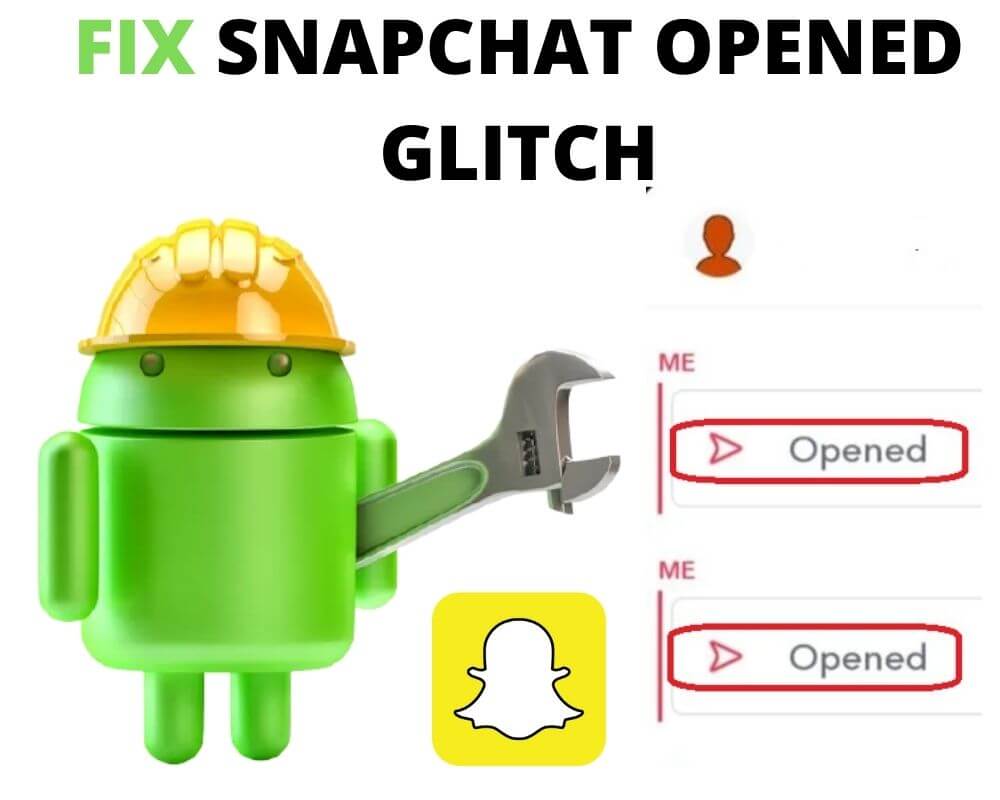 Most Snap users get frustrated when they get the ‘Snapchat just opened’ on iPhone or Android phones. But do not get any response from the recipient. Snap provides a fun-filled method for connecting with and interacting with friends, and family. All this only becomes meaningful and pleasant if someone responds as soon as they open the Snapchat.

Yet, you might send someone a message, video, or photo and get the Snapchat opened notification when they have not opened the chat in real life. What does the Snap chat open notification mean, and what causes it? Is it something to seriously worry about, or is it just a minor glitch? How can you solve the Snapchat open issue? Peer into this article to answer these questions and many others related to the Snapchat open glitch.

What does Snapchat Opened mean?

In the context of the app, Snapchat opened means that whoever you sent the chat, video, or photo has just opened it. The funny thing is, this is not always the case

In most instances, the time when Snapchat says ‘just opened now,’ corresponds to the actual opening time but not always. In other cases, the chat has not been opened even when the status update says it has opened, or it might have been opened way earlier.

Why does Snapchat opened become a potential cause of argument?

Because of how Snap behaves, it might be a cause for argument for many. For instance, some people value communication and want chats, photos, and videos responded to as soon as one reads them out. As such, if the status update for sent messages says ‘Snapchat opened’ and the sender does not get any message from the recipient, it might lead to an argument.

What really is the Snapchat Opened status update?

Snapchat just opened has been a common issue with the Snap app, and many people have been complaining about it and other issues such as dcb_association text. People do not understand what it means, yet they can’t help but sort it. According to Snap Inc., the open status update is more like a glitch that should be saved soon.

Snapchat seems to have several bugs despite being a great app with fun for the family. But we hope the tech team at Snapchat Inc figures out what the problem is and solve it.

Some people also report other bugs and glitches with Snap, including the ‘someone left you one read’, ‘Snapchat won’t open’, unfortunately the process com.android.phone has stopped notification, which is as annoying as the Snapchat just opened glitch.

Have you wondered why the Snapchat just opened glitch has attracted the attention of the masses over the last few months since it surfaced? As stated at the outset, Snapchat is many people’s choice, and any glitch that it suffers affects millions of people, if not billions, who have chosen it for sending messages, and videos.

This means that when it is this down, it affects many. The other biggest issue with the Snapchat opened glitch is that it makes it difficult to tell when someone viewed the conversation.

In some instances, Snapchat says a chat was just opened when in real life it has not opened or was open a while ago. Besides, if you need terms of reference based on when the chat was opened, you will not have the true reflection of things.

What does snap not do?

While Snapchat just opened glitch is increasingly becoming the subject of attention among Snapchat users, it is worth noting that it is not all a nuisance. The fact that it says the Snap app just opened when it was opened a while ago or is yet open does not mean that it is all bad.

These are just minor glitches that should clear out in a few. Besides, Snapchat may not tell the actual time when the recipient received the message or opened it, but it will never lie about when it was sent.

Therefore, there is every reason to enjoy interacting with and reaching out to friends and family in this fun-filled app. After all, no Snapchat user can say that the app is all-boring, suggesting better things about the app that you could focus on and enjoy.

Unfortunately, Snap Inc. has not yet determined what causes the Snapchat just opened glitch. However, since many Snap users are complaining about it, it is no coincidence. If there is an underlying issue behind the glitch, we don’t know.

Currently, though, the exact cause of the glitch remains unknown. However, Snap Inc. keeps researching the app to understand why the glitch occurs. If anything, it is not the only glitch that Snapchat users complain about.

Recently, some Snapchat users have reported that scrolling down to the bottom of the chats, they notice the ‘someone left you on reading’ update, which is equally a glitch. We hope that the Inc’s efforts bear fruit in due course so that Snap users are informed about what caused the Snapchat open glitch.

How to fix the Snapchat just Opened glitch?

Like many others, you really may want to know how to go about the Snapchat open glitch. It is not only frustrating to the sender, who expects an instant response after the status changes to Snapchat opened. But it could also lead to arguments. As such, it is only natural that you would want the glitch solved.

Unfortunately, Snap Inc has not determined any solution to the Snapchat opened issue. This is mostly the case since the cause of the glitch remains unknown. For the most part, we devise solutions for things whose root cause we understand.

Most android issues, including glitches and bugs that cause errors, are solved by restarting the phone. As such, restarting the device might sound quite basic, but it could be all you need to try to resolve the Snapchat opened problem. The beauty of the procedure is that it is brief and does not lose any of your data. You only need to;

Clearing cache on any Android app helps clear bugs. As such, when Snapchat keeps saying a chat was just opened, you want to clear its cached data. Proceed as follows to clear cached files on Snapchat;

If nothing works to help you fix the Snapchat opened glitch, we highly recommend contacting customer support regarding this issue.

While the Snapchat opened status update can be frustrating and annoying, it is only a glitch and nothing serious. If anything, there are other glitches related to the app, including the ‘someone left you on read’ update. Still, Snap Inc. has not determined the cause of the glitch. As such, there are no sure methods to solve the problems. However, you could restart the device, update the Snap app, or clear the cache to see if the problem ends.