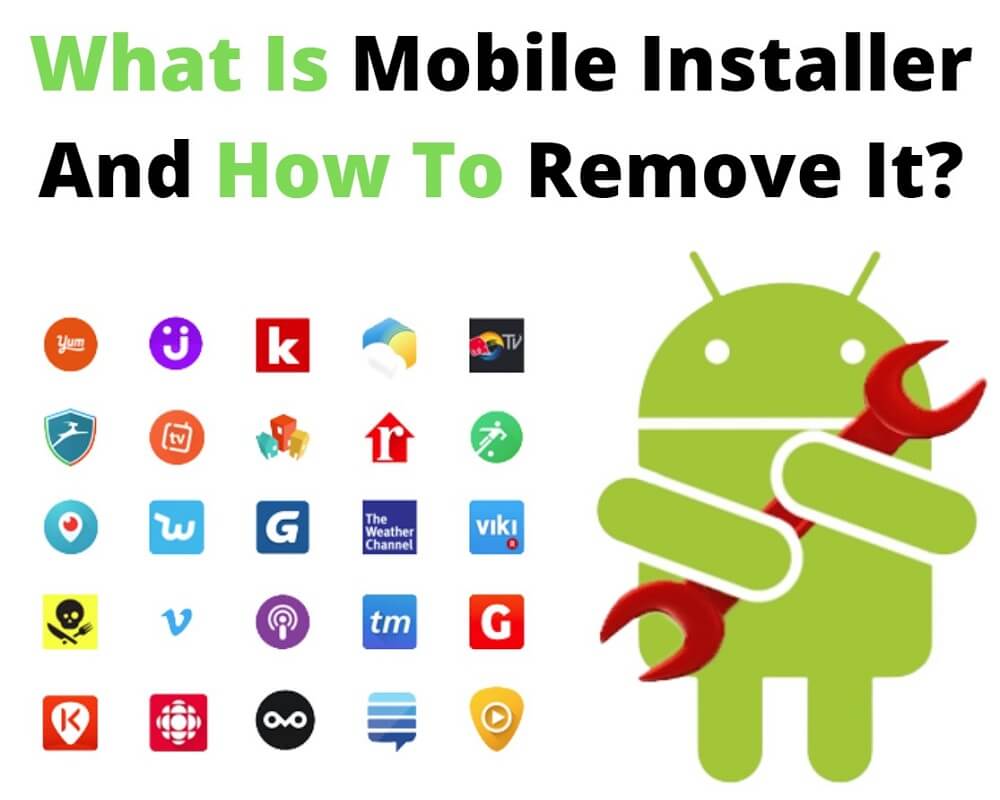 Samsung devices offer great features such as the Mobile Installer app and are among the best android phones for taking photos and clarity. Still, they may come with many apps including mobile services manager. Most of which users might not understand, and the mobile installer app is one of them. It is a pre-installed bloatware app in Samsung devices, especially the Sprint models. And its main function is to install applications in the background.

Although it installs the app without the user’s permission, it is safe to have it on your device because it is protected by Samsung. Still, you cannot remove it as you would remove other 3rd party apps, and you need to route your device and go the ADB or NoBloat Free route. Here is everything you need to know about the mobile installer android app.

What is a mobile installer android app?

The mobile installer is a pre-installed application in many Samsung devices, especially the Sprint model. It comes with a device, but it is not part and parcel of it since you don’t need it to run your Samsung phone. Its function is to liaise with the manufacturer, i.e., Samsung, and an app developer to install apps in the background.

It does this even without the user’s permission. If you have encountered a ‘Processing Request’ notification while using your Android phone, it is an indication that the mobile installer is present on your phone and that it is installing an app in the background.

Why is the mobile installer on my Samsung phone?

If you take time to look at your Google Activity, you will undoubtedly notice that the mobile installer app is part of the recent applications.

It was installed by Samsung Corporation to facilitate the installation of apps, especially without the user’s permission. You might realize that you have apps you did not install on your Android phone, and they are products of the mobile installer.

Why is it safe to Have the Mobile Installer App?

While what the mobile installer app does sounds a bit cryptic, it is safe. Remember, it was pre-installed by Samsung Corporation, meaning the company protects it like any other apps such as com.google.android.packageinstaller. Besides, it is no spyware such as OMACP, so rest assured that it will not leak your information to other sources.

However, it is bloatware because it unnecessarily fills up your device’s space when you don’t need it. Besides, the apps it installs without your permission also take up your phone’s storage.

Can I uninstall Mobile Installer?

Since the mobile installer android app is pre-installed on your Android phone, you cannot remove it the way you do for 3rd party apps. Besides, you cannot disable it the way other installed apps are disabled. Still, you can use other workarounds, including the ADB route or software like the NoBloat Free to uninstall it.

Are you wondering how safe it is to remove it? The mobile installer is a pre-installed app but is not a system application. Therefore, you can remove it from your Samsung Galaxy device, which is completely safe. Since it is not a system app, it is not linked to your device’s operation, and you can go ahead with its uninstallation. The video below shows how to uninstall the mobile installer app:

How to remove the Mobile Installer Android app?

The mobile installer is a pre-installed app, so you cannot go the same route for third-party apps to uninstall it. However, there are at least two routes to go to uninstall it; using the ADB or NoBloat Free route.

For the latter, you have to root your device first. Most Android devices come with instructions on how to root them, which you can follow successfully, after which you can uninstall the mobile installer using the following procedures;

Use NoBloat Free Software To Uninstall it

You can use the NoBload Free software to remove the mobile installer Android app, but first, you have to root your smartphone. Once do, review the permissions you granted the app earlier, and keep or discard them accordingly. To do so, follow these instructions.

Deleting it with ADB

The other route to go is android debugging, also called ADB. Unlike the NoBloat Free app, the ADB route does not require rooting your device. As such, it is many people’s main selection since rooting your phone is not the best route to go, especially if it is still on warranty.

The ADB debugging route lets you generate a Unix shell on your device and execute commands directly. Proceed as follows to delete the mobile installer app using the ADB route;

The mobile installer android app is a pre-installed application in Samsung devices, especially the Sprint versions. Although it comes installed on a device, it is not a system app. Its work is to coordinate with the manufacturer and install apps in the background without the user’s permission. You can remove it by going the NoBloat Free app route that requires previous rooting or the ADB method that allows you to install a Unix shell and delete the app without rooting your device.

It has always been my dream to be able to help people fix their iPhone and android issues. I have learned a lot about the software development and design process, as well as how to troubleshoot and find solutions. I am also really good at writing about applications, which is what led me this far in my career!