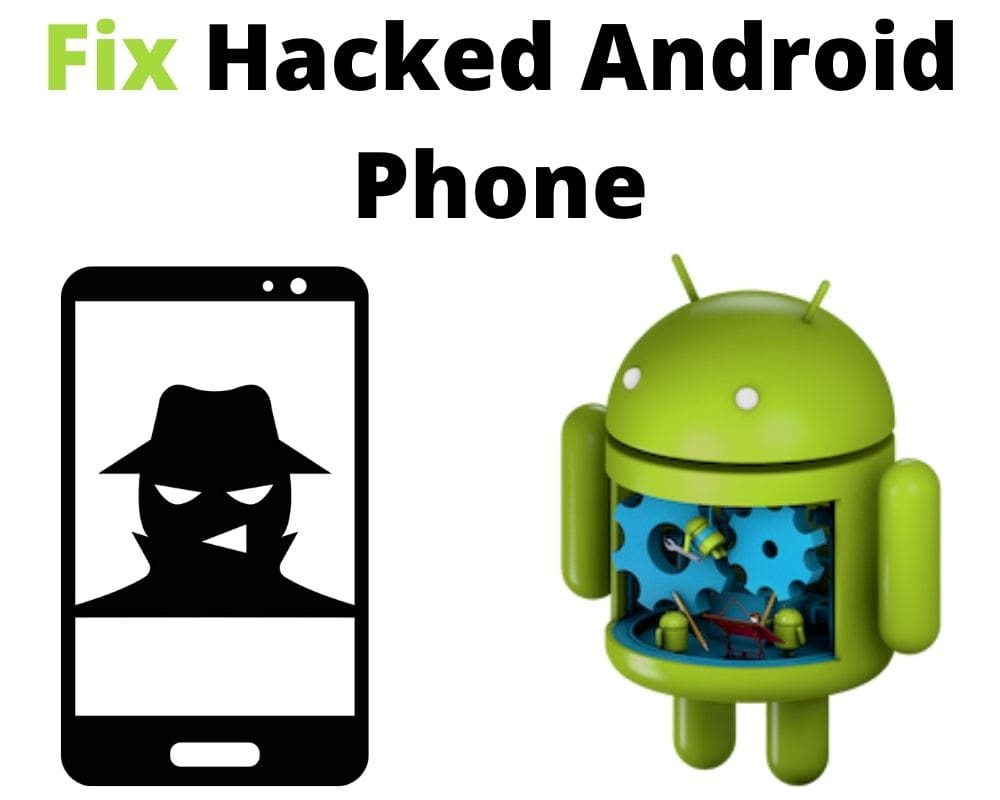 While technology brings us many things to enjoy, many risks also come with the advancements, including the hacked android phone issue. Hackers are more alert now, and they want to steal personal data, disrupt data-related activities, or corrupt files. Meanwhile, Android users are the majority in the world but are unsuspecting. As such, cases of data integrity compromise are on the rise, and people cannot help but lose data to hackers. What does a hacked Android phone mean, and how can you fix it? This article is your informant; peer into it to understand everything about hacking an android device and how to remove it.

What does it mean when it says your phone has been hacked?

We all know what a phone is, and if you are reading this page, you may be having an Android phone or have interacted with one. There are different types of operating systems for phones, with Apple and Android being the commonest.

When you have a hacked Android phone, it means that unauthorized people have gained access to it, and it could be misbehaving because of this. Hackers target mobile phones, computers, and tablets, and they hack them to steal personal data, manipulate information, corrupt data files, and interfere with corporate data-related services and activities.

How do I know if my Android phone is being hacked?

After knowing what a hacked Android phone is, you might bother to know how to tell that your smartphone is hacked. As mentioned previously, there are many android users, but many of them are unsuspecting.

How to fix a hacked Android phone?

If you notice any of the above-described problems in your android device, it could mean that something is amiss. Like other glitches and android lags, you have many options to explore. If you are fortunate enough, one step might be enough to fix the hacked android phone.

However, if the depth of hacking is more serious, you might have to try several suggestions before things get back to normalcy. That said, here are suggestions for removing the hacker from the device and fixing your android phone;

One of the cheapest methods to solve system glitches on an android device is to reboot it. The beauty of these troubleshooting methods is that, unlike other methods like factory reset, it does not cost you data loss. Besides, it is simple and only involves the following few steps;

Long-press the power button, on the options that appear, select Reboot or Restart, depending on the device’s model

NB: This method may work if the hacker targeted the phone once. However, if the attack is aimed at the long term, you might have to try more serious options like those discussed below.

If you think your android device is hacked, you could try clearing its cache. Clearing cached files for individual apps fix many problems such as a phone connected to WiFi but no internet, but if a phone is hacked, you need to clear the Android cache.

Besides, some of the unusual observations like battery draining too fast, device consuming mobile data fast, and slowing down when using some apps could be because of the cached file in some apps.

However, it is not easy to go by deleting cached data for one app after the other. As such, you may choose to clear the Android cache data and clear the bugs once and for all. Below is the procedure for clearing the entire cache for the phone;

An alternative option is if you have the clean app that comes with the android phone.

Tap on deep clean, and then clean apps, apps data, and big files

If your android phone or iPhone overheats when you are using it or drains your battery way too fast, it could indicate that it is under hackers’ influence. One thing you want to do to clear the hacked android phone is to uninstall unused or suspicious apps. This is a simple procedure entailing the following processes;

On the main menu, tap on Settings, then apps

Click on Applications, or App Manager, depending on the model of your phone

Select the suspicious app that you want to delete. Tap on Uninstall and confirm the action by clicking ok to continue the permanent deletion

Alternatively, you could delete the app by;

4- Scan Your Phone with an Antivirus Scanner

Something else you want to do to ensure you remove the hacked phone is to scan the Android device with an antivirus program. Kaspersky, Norton, and Firewall are antivirus programs that work well with computers, but they have smaller alternatives that run on android phones. Opt for these to clear any viruses on your phone.

Having your call forwarding and diversion features could predispose the android device to hack. When you see a hacked Android phone misbehave, disable call forwarding issues by;

Factory resetting a device may help solve any application glitches and bugs including the Google Play Services keeps stopping; however, it should be the very last resort since it wipes off all the data on your device, and you will have it anew, just like when you first bought it with nothing but system apps. Since you lose data through a factory reset, you need to back up any critical information. With that done, proceed as follows;

On the main menu, access the Settings app, then about phone

Many android users have their phones hacked occasionally. You can tell that your android phone is hacked when it drains battery fast, consumes data fast, performs slowly, crashes when running web searches, and when heats up while working, among other signs. This article details how to solve these issues, including rebooting the device, clearing the phone’s cached data, scanning it with an antivirus program, and when nothing works, factory reset the phone.