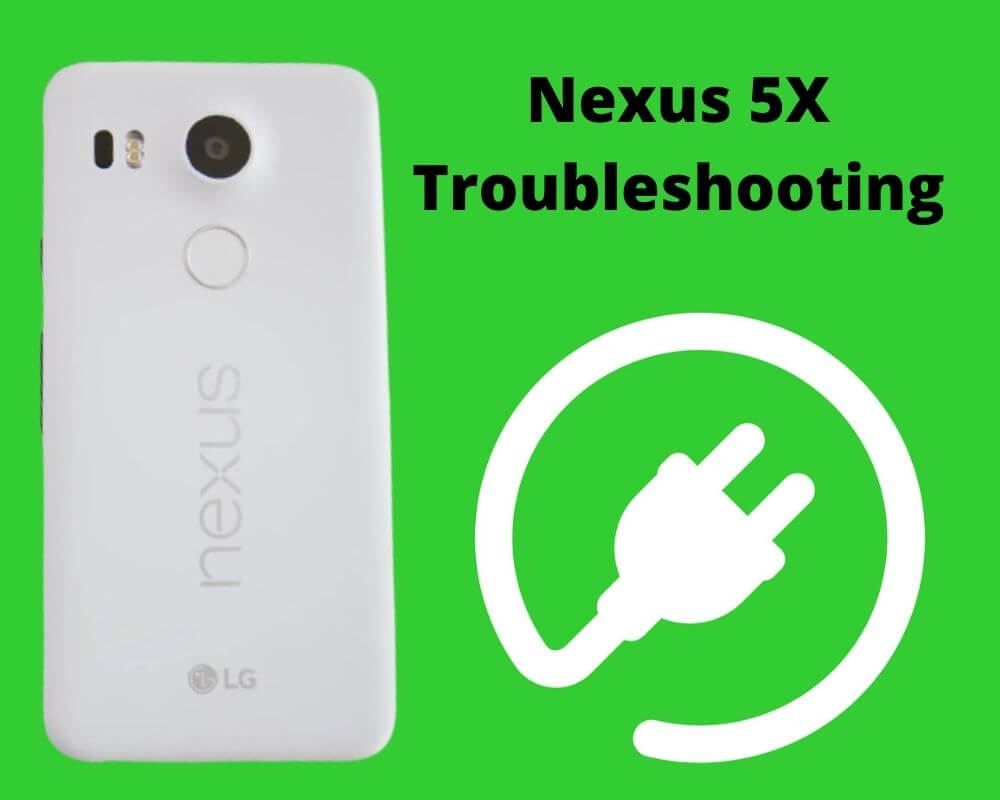 In this article, I’ll help you to fix the troubleshooting of your Google Nexus 5X that won’t turn on or charge.

The purpose of troubleshooting is to find out what caused the problem is and find solutions. Of course, there is no guarantee that it will be fixed, especially if it is a hardware issue.

However, it is enough to know that the cause is a hardware failure to fix the phone by describing it to the technician. Continue reading this guide to resolve the Nexus 5 won’t turn on or charge.

Why Your Nexus 5X Won’t Turn On

When your Nexus 5x won’t turn on and shows no signs of life, it can be a very frustrating situation. Maybe your nexus 5 device just needs a simple reboot. Or it may be necessary to restore it.

Has it been a while since you last turned on your nexus 5x with a charged battery? This could be the main problem of your phone not turning on or charging.

The first election of a tester before any other advice would be to press the “Power” button several times to make sure there is a problem with the Nexus 5X power supply.

If after trying to turn the smartphone back on and the issue has not been resolved, continue reading the rest of this Nexus 5X troubleshooting.

Check the obvious points. Have you really thought about recharging your phone? Has the charger partially dislodged from the wall outlet? And is the outlet on?

Your Nexus 5 may not turn on just because the battery is dead.

For this possibility to be excluded, you will need to plug in your Nexus 5 and leave it plugged in for more than 30 minutes.

After that, you can now try to activate it. If it turns on then, it was simply a dead battery that was preventing the Nexus 5 from turning on or charge.

However, if it does not turn on, proceed to the next Nexus 5X troubleshooting option.

Use another charger or cable

Just because you tried to charge your device and it didn’t charge doesn’t mean the phone is damaged. The problem could be with the charger you used while charging.

To be absolutely sure this is not the case, try charging other AC adapters; at least two more to be sure. If the Nexus 5x still won’t turn on, try the next step.

The following steps will allow the Nexus 5 to go into recovery mode by booting the smartphone:

Press and hold the volume up, home and power buttons at the same time

Once the phone has vibrated, release the power button, while holding down the other two buttons until the Android system recovery screen appears.

Press the “Volume Down” button, and then select “wipe cache partition” and press the power button.

Once the cache partition is cleared, the Nexus 5X will restart automatically

When starting the Nexus 5 in “Safe Mode”, it will only work in preloaded applications, this will allow you to see if another application was causing the problems.

Press and Hold The Power Button

Once the Nexus 5X screen appears, release the power button and then press and hold the volume down key.

Upon restart, the Safe Mode text will be visible in the lower-left corner of the screen.

If none of the methods worked to try to turn on the Nexus 5X after charging, it is suggested that you take the smartphone to the store where it can be physically checked for any internal or external damage. In the event of a defect verified by a technician, a replacement unit can be supplied and repaired. But the main problem could be that the power button does not work on the Nexus 5 smartphone.