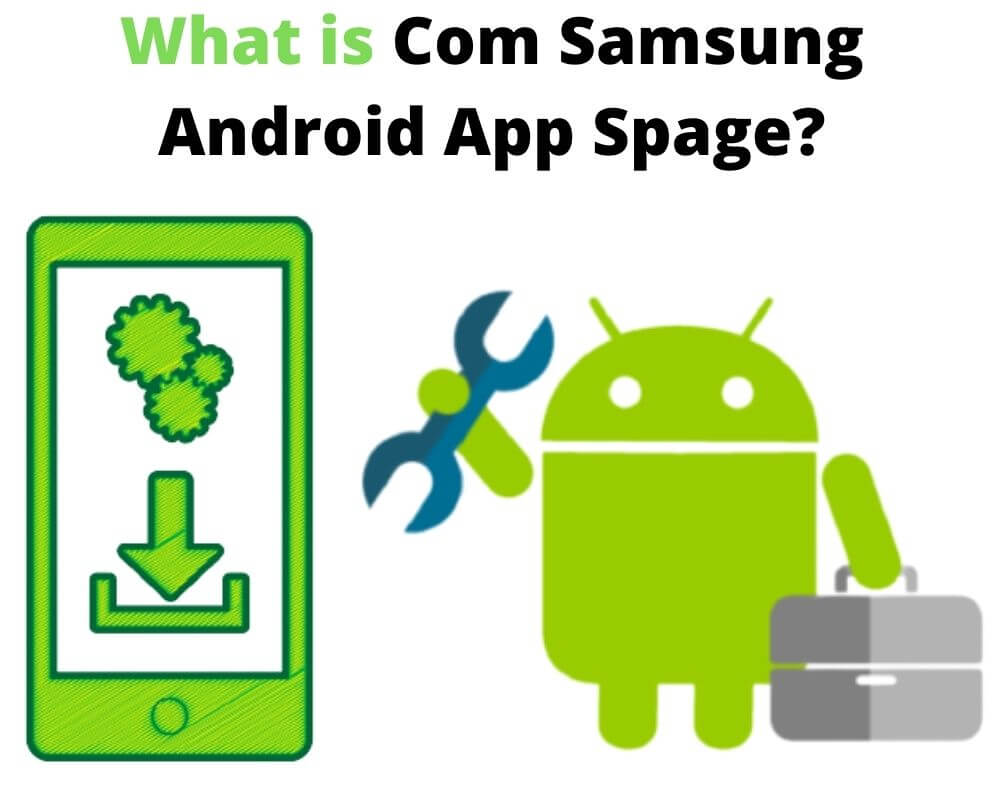 Com.samsung.android.app.spage is system bloatware for the Bixby functions, a digital virtual assistant for Samsung Galaxy phones, especially S8 and the later Android versions. Many find the Bixby functions useful, especially when they can control all their social media apps from the home screen without tapping the individual apps, courtesy of the com samsung android app spage code.

However, not all appreciate this code and Bixby functions, complaining that they cause the phones to slow down. What is com.samsung.android.app.spage? What are the major issues related to it? How can you disable the code? This blog answers these questions.

The first thing we need to do is define com.samsung.android.app.spage. It is one of the many system applications that come with Samsung Galaxy devices, especially the S8, and the later versions.

Samsung devices and DVAs are supported by Spage app

Most android phones come with the Google Assistant app that helps users perform quick commands using shortcuts. Samsung Galaxy phones, also a part of the android smart devices, have always had their DVAs, including the Bixby Home app, which is only found in S8 phones and the later versions.

Later, Samsung introduced the Samsung Daily application, which was also a digital virtual assistant. Recently, Samsung Galaxy phones do not come with the Bixby or Samsung Daily as the DVAs, but a new one has been introduced, and it is called Samsung Free, which is fast replacing the two initial DVAs.

Interestingly, com.samsung.android.app.spage supports all the versions of DVAs, whether Bixby or Samsung Daily and Free. As such, deleting any of the three apps in your device also deletes com samsung android app spage permanently.

Wherever spyware and malware are mentioned, bloatware cannot miss out. Of course, com.samsung.android.app.spage is not a virus. However, it consumes resources unjustifiably.

For instance, it takes up CPU but does not offer the device substantial returns. As such, people have mixed reactions about the com Samsung android app spage application.

Some, especially those in the weather forecast department and news zones, appreciate the app it underscores. However, the vast majority do not like the app as it is more of a bloatware program.

Bixby is Samsung’s most popular digital virtual assistant. There have always been mixed reactions when people are asked how they find the app. While some people praise the DAVs for helping them do a quick voice search, some do not find the app useful.

Indeed, Bixby can be annoying and pose as a nuisance more than a helpful app. First, the app eats into the device’s RAM because it uses the CPU. Secondly, it runs in the background and consistently consumes the battery.

While the effect on one app is almost negligible, it becomes substantial when combined with other applications. Third, the app sits on the device and not somewhere in the empty space.

As such, it eats into the storage space. Fourth, all the mentioned issues contribute to the device’s slowing down, a problem many Samsung Galaxy users have reported.

Since com.samsung.android.app.spage is system bloatware supporting the Bixby functions, disabling it permanently means deleting it from the device or uninstalling it using ADB Debugging. The process requires a Unix shell for giving commands directly and goes through the following steps;

Com.samsung.android.app.spage is the code for the system bloatware supporting the updated Bixby functionalities on Samsung Galaxy phones, especially those running on Android 8 and the later versions. Your device does not need it to operate, yet it consumes RAM, memory space, and battery and also slows down the gadget, making it necessary to delete it. The blog has discussed every key thing about this bloatware, including the steps to disable it permanently. We hope the article helps you solve bugs related to this code.