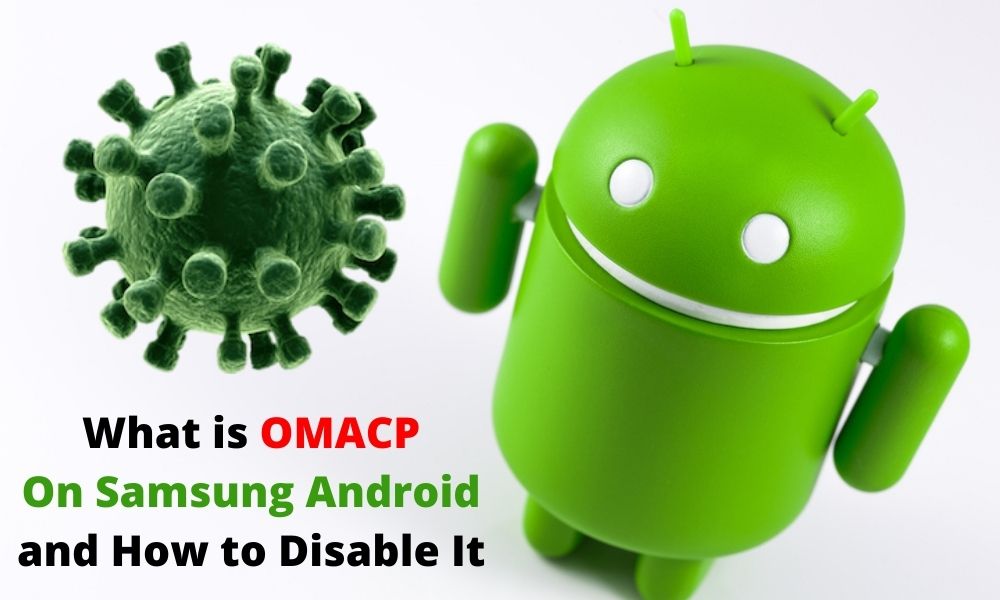 The android devices are subject to malware attacks from suspicious app to internet sites. You may take precaution measures, but your phone still ends up malfunctioning due to a malicious software infection. From malware to adware and viruses. Every android phone is susceptible to attack resulting in constant low battery life, messaging interference, and low data connections. One such android problem is OMACP Android Virus. Many android users are still oblivious of what OMACP is and do not know what to do when the virus is active on their phones.

This article is intended to enlighten users of this virus and keep their phones free of infection. The paper also gives a detailed, easy-to-follow guide on how to remove this stranger from your phone. Rather than focus on one recovery plan, this paper will show some of the different ways you can apply to get rid of the virus from your phone. However, before we delved into how to mitigate the OMACP android virus, let us answer some important questions about detecting the virus in the first place.

What is OMACP on Android?

OMACP Android virus acts the same as other phone viruses; it sneaks into the android system and makes considerable harm. It is common to hit the messaging app, swelling the space taken by this application and causing dysfunctions. You receive a long-awaited message, and when you open it, oops! You cannot believe what you see- Text Messaging-Unfortunately OMACP has stopped! That is an indication a virus has attacked your phone.

How Do You Know That Your Android Is Affected By OMACP?

Viruses are cunning; they are not easily detectable at the very moment they invade a device since the phone may continue to operate normally. You may realize these infections after the virus has started to damage several apps and eat up the device storage capacity.

How To Remove OMACP Virus From Your Android Device?

Once you detect the virus from your phone, act decisively and immediately to get rid of it as soon as possible. It is good to mention that you need to take care of where you download your apps and other stuff since they may reintroduce the virus to your phone.

Avoid downloading things from unrecognized sites or untrusted places on the internet. Here are a few steps to follow in eliminating OMACP from your device:

Transferring your video and data to another safe device is very important to save them since some data is usually lost during malware cleaning. You do not want your important files lost together with the virus.

Shut down the device until you deal with other specifics

Shutting down your device will help salvage your Android system from the damage caused by the malware. If it were to reach the android system, it might prove even harder to eliminate from the device.

The shutdown also prevents the malware from ravaging other apps within the phone, so it is the first step to restore the phone to full operations.

In the meantime, you could research the causes of the virus, perhaps depending on your android model, in establishing which correction steps fit your phone.

Find the infected app on the App Manager

OMACP often eats up the messaging application making this app take more space than intended. Your phone will indicate that it is running out of storage even if you have not piled many things in the phone.

Other Signs a Malware or a Virus is on Your Phone

The following signs might be an indication that your phone is suffering from virus infection.

Constant advertisement irrespective of which application you click on your phone. It can be irritating, but it is also an indication that your phone needs a clean sweep of viruses.

You install an app, and the icon disappears could also signify the presence of a virus in your phone.

The phone’s battery is draining at an alarming rate more than it used that you constantly need to charge could be a warning sign of a malware infection.

Your strange applications are running on your phone that you have never seen before.

How To Stay Safe From OMACP Android Virus?

Since OMACP is not known by many, there is a chance your android device is still safe from this thief of storage space. Therefore, you need to take precautions that will give the needed convenience of never coming into contact with this virus. The following guidelines will guarantee your phone safety:

Malware having device administrator rights can be tricky to uninstall. But there are lots of information on how you can strip off these rights and remove the app from the system.

Upon removing the OMACP from your device and another app that looks suspicious. Restart your android device to determine if it is behaving normally.

If it does bravo, you have succeeded. However, if the problem persists, you could consider trying more anti-virus apps to help remove the problem from your phone.

OMACP Samsung Android virus is not easily detectable and can be realized after it has affected your device messaging capacity. Since all phones are susceptible to an attack from a virus. Owners should avoid exposing their devices to the environment from potential attacks. This paper has discussed practical suggestions on how to kick out the OMACP android virus from your device and protect your device from infection. We hope you find this information valuable whenever you encounter a problem with the virus, as mentioned above.