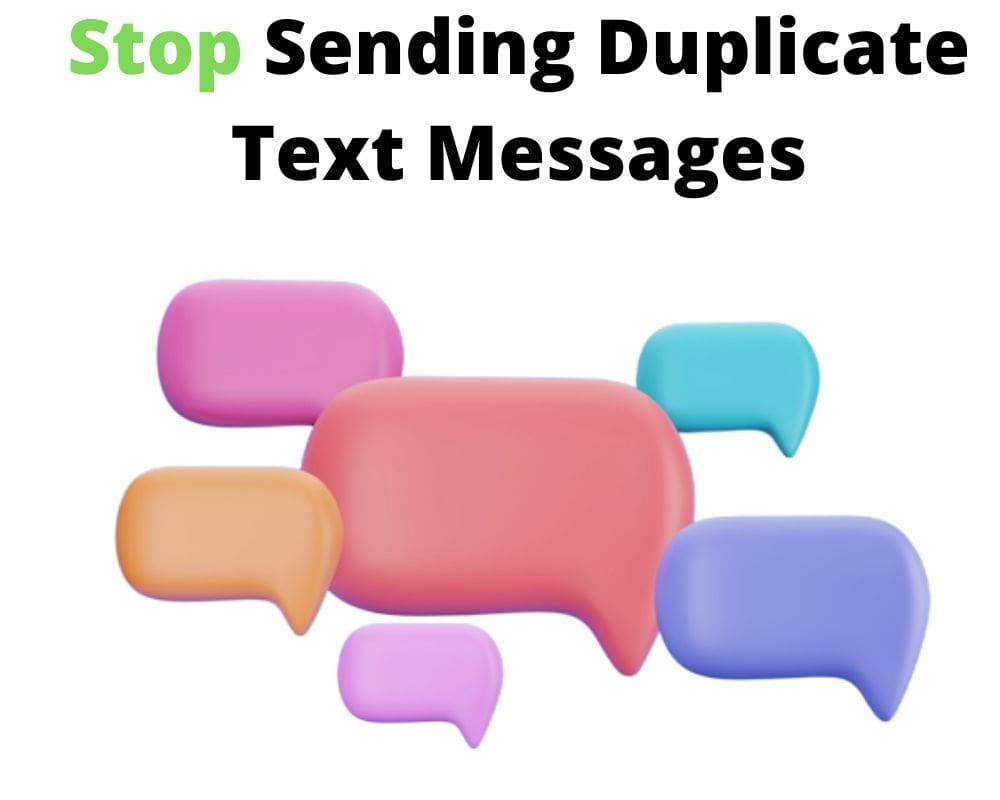 Android devices have the highest number of users today who enjoy the convenience of these smartphones but not without some issues like android sending duplicate text messages. It can be a nuisance to the receiver and the sender, explaining why many android users are after knowing how to stop android from sending double text messages.

Before knowing how to fix the android sending duplicate text messages on your phone, you may want to know what might cause it. After all, don’t you solve the problem by first looking at the root cause? Here are a few reasons why your android phone might be sending multiple text messages;

How To Stop Sending Duplicate Text Messages on Android Phone?

There are many explanations behind the android sending duplicate text messages error. Likewise, there are many approaches you could use to stop and fix the error, including;

Restarting your phone to fix the android sending duplicate text messages may sound slightly off and unlike it. Yet, it is a great approach to solving most android problems such as com android settings, and many users attest that it has salvaged the situation many times.

In fact, the android sending multiple text messages is a common problem among Samsung users, who also confirm that restarting their device solves many issues, including the com.android.phone has stopped. Here is how to stop the android from sending duplicate messages by restarting a phone device;

2- Clear Cache on the Messaging App

Since a faulty messaging app could also make the device send double text messages, you can choose to give it a fresh start and see if the problem is solved.

Of course, you do now want to clear data for the messaging app since this would mean losing all the information related to the app. Contrarily, clearing the cache solves the temporary bugs the app could be having. There are many options for clearing cache on the messaging app, and two are shown below.

This is the first option and probably the fastest that does not involve many steps.

This is the commonest approach to deleting cached files for apps, and you could employ it when you want to clear cache for other apps, all you will do is change the last step, depending on the app whose cached files you are clearing. Here is how to go about clearing cached files for messaging apps;

Most Android devices come with in-build messaging apps. Still, you might want to use a preferred messaging app from Play Store, especially if it has additional features that the default messaging app does not have, and you may download it.

While you may enjoy the experience, convenience, and additional features, it might cause bugs. As such, you can opt for it to fix the android sending duplicate text messages issue. If it does not work, you might have to delete it. Here is how to delete third-party messaging apps on your phone;

NB: This option cannot work for the default messaging app like com Samsung android messaging. These are system apps that come pre-installed on a device, and you cannot uninstall them as you would with third-party apps.

4- Remove the SIM Card and Reinsert

If you have a faulty sim card, it could be to blame for the android sending duplicate messages error. As such, you might have to change it or replace it to retain your phone number.

However, before concluding that the sim card is the issue, you can try inserting a different sim card and see what happens when you send messages.

Other than restarting your Android phone, turning the airplane mode on and off goes a long way to solving major bugs including com android captive portal login, including the android sending duplicate text messages issues. Besides, it is not costly in that it does not cause any data loss, and it is simple, entailing the following steps;

Factory resetting a phone may help solve almost any issue. such as google play services stopped working However, it is worth noticing that it is a costly process that causes data loss, and the only way to salvage the situation is by backing up your important data. With everything set, proceed as follows;

All data is wiped, and the phone is left anew, just like you bought it. However, if you backed up Android data before the reset, you can retrieve them from your Google account. Still, you cannot retrieve third-party apps, and you have to download them from Play Store afresh.

Android sending duplicate text messages are common problem android users have to deal with, with Samsung users complaining the most about it. It could result from issues with the phone, the third-party messaging apps, the sim card being faulty, and internal bugs. While it is nothing to worry about, it is a real nuisance. Thankfully, there are many ways to approach and fix duplicate text messages on your Android phone, as detailed in this article.