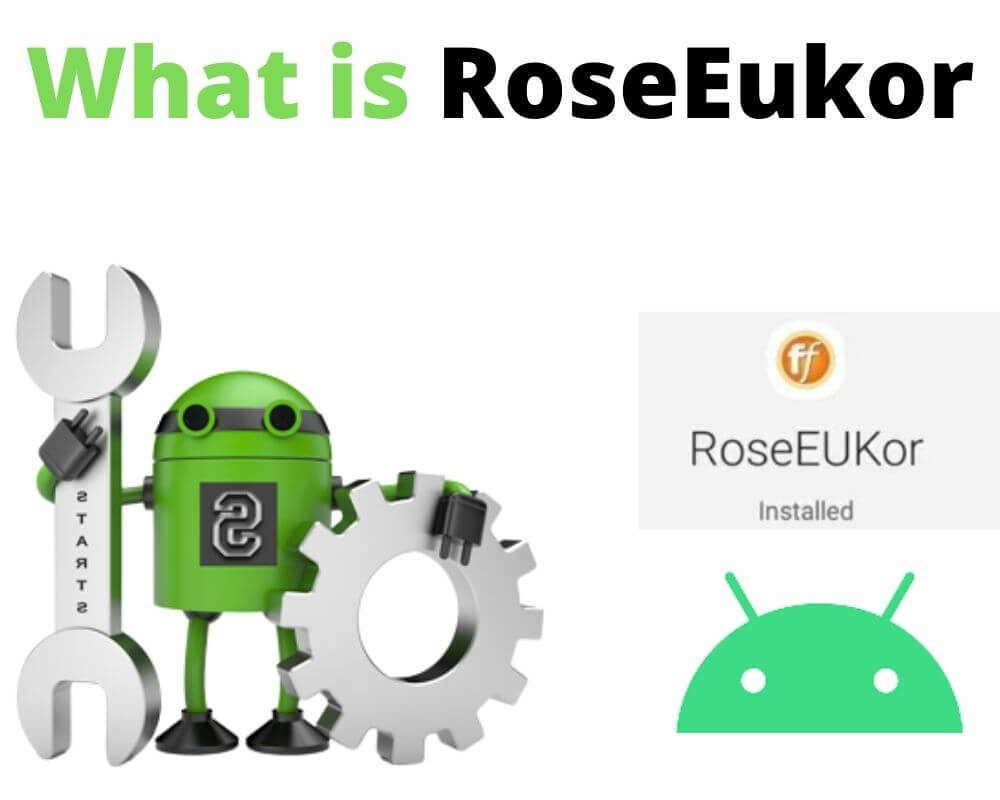 You might have just discovered an app called RoseEukor on your Samsung Android phone. Especially on your Google Activity logs, and you might be worried about it. Perhaps you are unsure of its origin because you don’t remember installing it, and just woke up to find it in the device.

Don’t worry; many share the same concern and are equally worried about the RoseEukor app. Some Samsung devices lack the RoseEukor app but have something like CoolEukor or ChocoEukor, and all these denote the same thing. This article enlightens you on what RoseEukor is, how you might use it, whether it is safe or a virus, and some common problems related to it. Stay tuned for this.

What is RoseEukor app used for?

Before getting into the nitty-gritty about the RoseEukor app, you might want to know what it is. Simply put, it is a built-in app that comes pre-installed in Samsung android devices to enable one style characters or change font types from the default one.

The application is found exclusively on Samsung devices. Where it presents users with a typeface user interface for changing fonts and styles. Built-in apps refer to those that the user does not have to download because they come pre-installed in the device by the manufacturer.

How the RoseEukor app is useful?

Have you ever felt like your smartphone’s default font type and styling are not your ideal taste? Have you ever wondered whether you can change them to something more appealing?

The particular functionality that can enable you to change the default font styles and types is typeface software such as RoseEukor. If you don’t have it but have CoolEukor or ChocoEukor, the two can still perform the function. As such, you will not use the RoseEukor app unless you want to change your font typeface.

Does your Samsung need the app to operate?

Have you ever checked your Samsung (or any Android phone) and seen how many apps including carmodestub, epdg test app, and much more? You can click Settings on the main menu, proceed to Applications, and scroll down to see the total number of apps running on the device.

Interestingly, they are more than fifty. This might shock you because what you see on the screen does not amount to such a crazy figure. Well, most of these apps whose presence you cannot even feel come pre-installed with an Android phone and run in the background.

As long as they keep running in the background. You might not notice their presence. You will only know they are there by checking App information in Settings or going through your Google Activity.

RoseEukor is an app that runs in the Samsung background, making its presence rarely noticeable. Some of these background apps may not be necessarily important for system function. But deleting them may mean that you cannot enjoy some provisions your device offers you.

For instance, your smartphone does not need the RoseEukor app to run or function but permanently eliminating it means you cannot change your typeface features.

Your Android phone will not stop working if you remove RoseEukor app, but you will have to stick to the default font types and styles.

Is the RoseEukor app safe, or is it a virus?

In the technological era in which we live, we enjoy many things. For instance, we can find literally any information on the internet, and app stores provide applications for almost every functionality.

However, this does not come without harm, primarily in compromising data integrity. We hear of cases where an employee introduced a virus or malicious program to an electronic device while downloading corporate data. Such cases are not new, and they only keep rising.

In view of the above, people are skeptical about apps. Especially those whose origins they don’t understand or those they don’t use regularly. Sadly, we have had such concerns about the RoseEukor, CoolEukor, and ChocoEukor apps, when people have suspected that they are viruses.

Are you also worried about them and fear that they could compromise your data integrity? You might be relieved to know that RoseEukor and other typeface apps are safe and have no chances of compromising your data integrity. In fact, they are not malware such as OMACP and will not introduce a virus to your phone.

Although RoseEukor is safe and will not compromise data integrity. We have registered the following concerns regarding it from our esteemed customers;

RoseEukor is a built-in app pre-installed in Samsung devices and helps users change fonts and styles. It is safe and will not harm your device. But it is related to a few genuine issues, such as memory and storage consumption and data usage as it downloads updates. Nonetheless, it is not malware, nor can it introduce viruses to your gadget.